Point Cloud in a World of Deep Learning

Three-dimensional (3D) data is readily available, and its usage is growing exponentially in different areas—from security and communication, to self-driving cars. There are multiple ways to represent 3D information: point cloud, voxel grid, mesh, and functions. 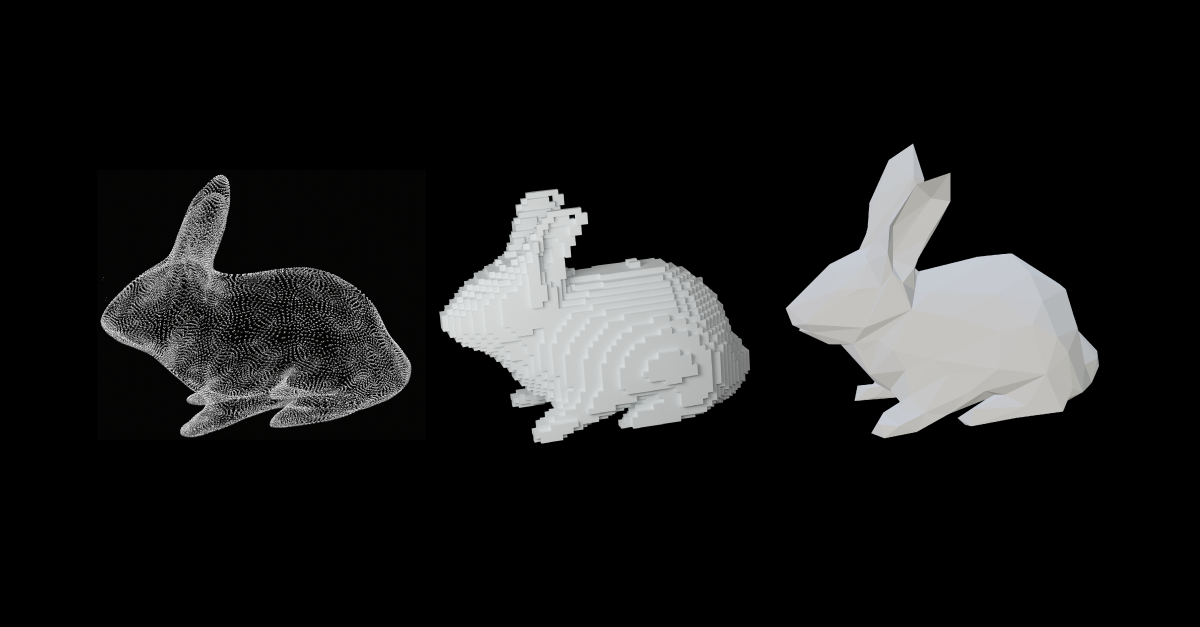 In this whitepaper, we’ll focus on point cloud which is the base type to represent sensor data like LIDAR (light detection and ranging), ToF (Time-of-Flight), structured light system, and many others.

Point clouds provide in-depth information without data simplification—unlike voxel grids, meshes, or a function representation that are hard to estimate for complex objects. The primary drawbacks of point cloud are sparsity of 3D space and unstructured data—which we will also address.

With some tweaks, neural networks can be used to solve the following tasks on point clouds, including but not limited to:

Working with point clouds requires the use of symmetric functions (e.g. invariant to order of the arguments). Simple operations on scalars—like addition and multiplication—are a simple example of such functions. Fully connected networks are based on these simple operations.

The first approach utilizing the idea of symmetric functions was presented by Charles R. Qi et al. in PointNet: Deep Learning on Point Sets for 3D Classification and Segmentation. Their idea was to use a pair of multilayer perceptrons—combined with the input transformation and feature transformation block—to extract a set of features from point clouds.

This network can be adopted effectively in any type of task.

PointNet++ is the extension of the classical PointNet and is based on Charles. R. Qi et al. added sampling and grouping layers to the neural network. It allowed them to learn local features of the point cloud by applying PointNet to the groups of point clouds. This helps managing point clouds with variable densities. 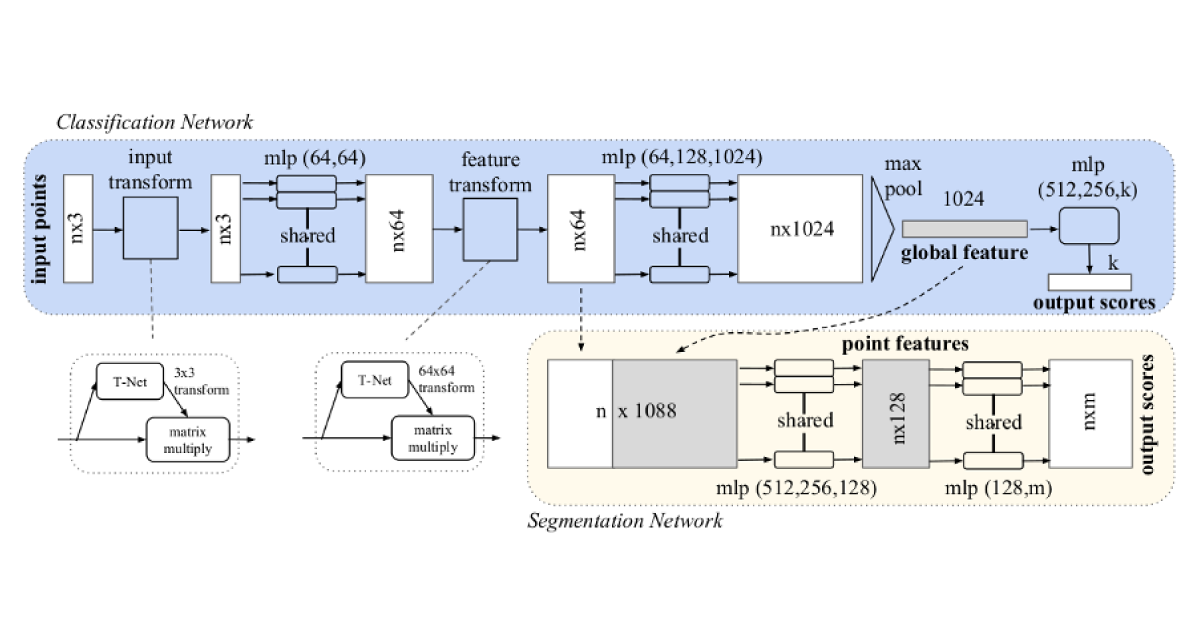 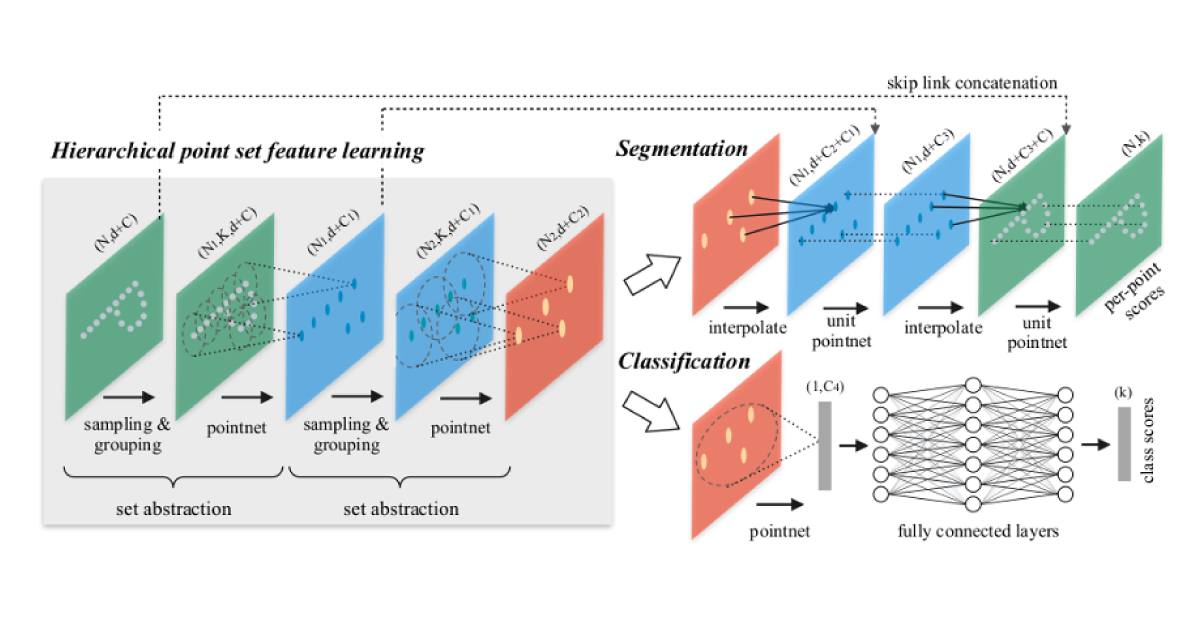 Convolutional neural networks show incredible performance in various image tasks. It should be noted, however, that point clouds can’t be directly processed by classic CNN.

There are two convolution approaches for managing point clouds.

1. Generate a set of 2D images obtained from different views. 2D images are rendered from all sides. This patch of images then proceeds together through a regular CNN to generate a feature set which can then be used to predict the type of the point cloud. For example, take a look at the Multi-view Convolutional Neural Networks for 3D Shape Recognition paper. 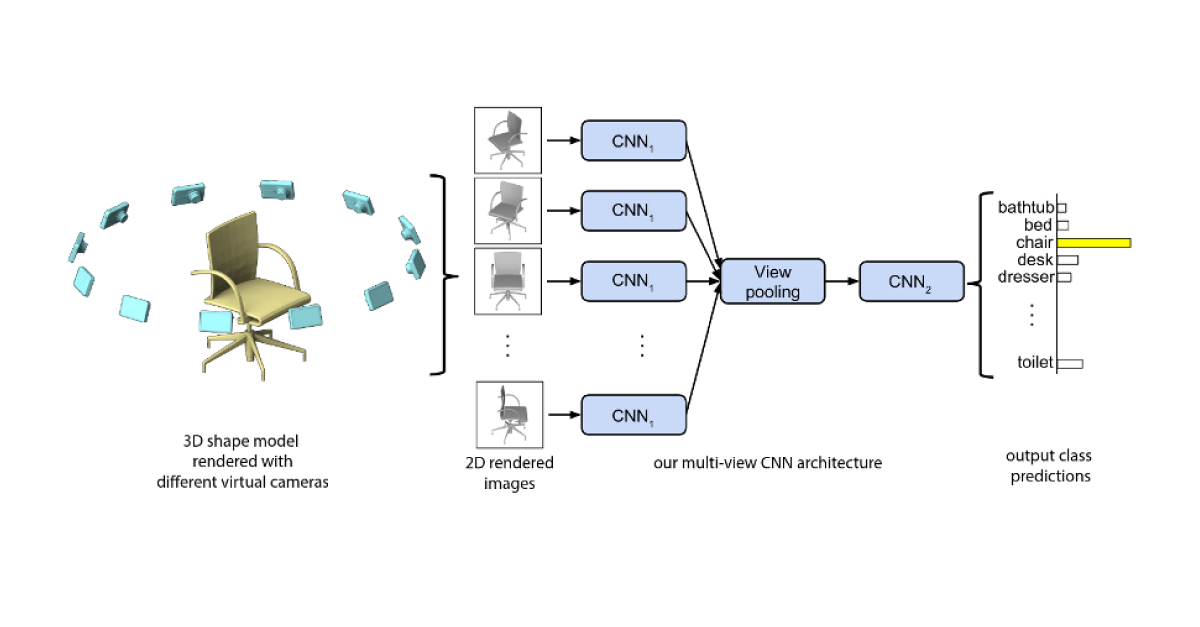 2. Use 3D convolution operation or their analog. Various approaches were made to extend convolution to point clouds. To learn more, read the following publications ELF-Nets: Deep Learning on Point Clouds Using Extended Laplacian Filter and PointConv: Deep Convolutional Networks on 3D Point Clouds. In these works, the authors suggested new types of layers based on convolution:

It is also possible to represent point clouds as a set of local neighborhood graphs. Then, operations similar to convolution on several local graphs are applied to extract features. 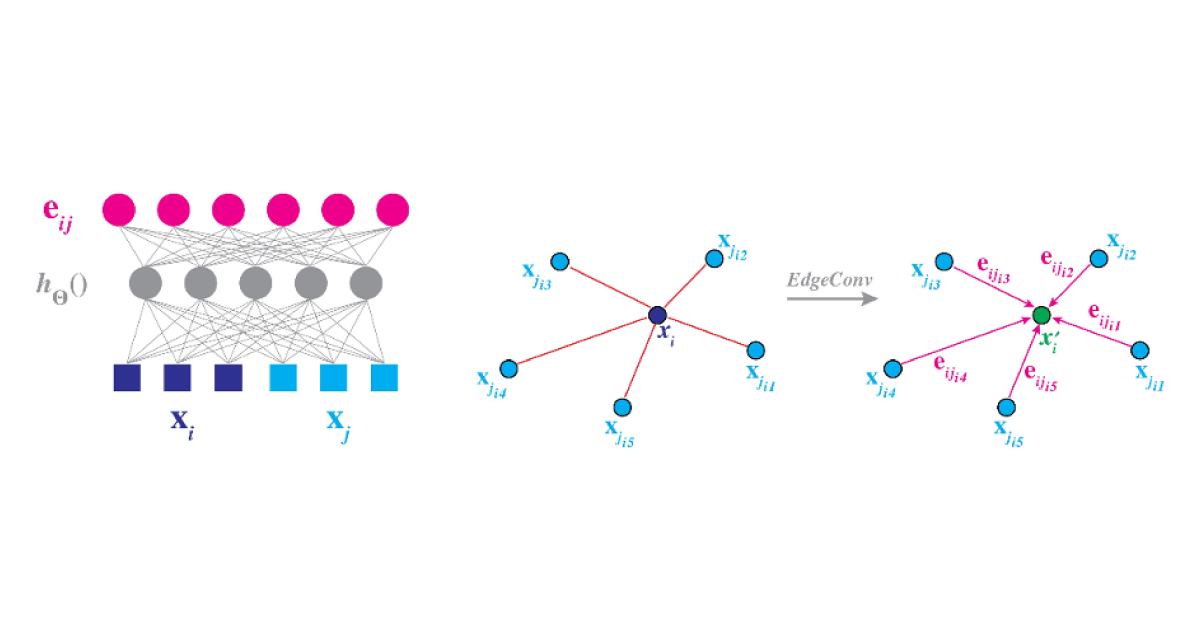 Convolutional neural networks have revolutionized many fields of computer vision by reaching superhuman levels of performance. While exploiting the core benefits of CNNs, one should note existing drawbacks to this approach.

As argued by Geoffrey Hinton for many years, convolutional neural networks do not consider the important spatial relations of simple and complex objects. This is a direct consequence of the translational and rotational invariances of CNNs.

Capsule network, proposed by J. Hinton, is a deep learning building block that helps capture spatial hierarchies of the environment. Extracting important information from the data enables the sample efficiency of capsule networks with respect to their CNN counterparts. 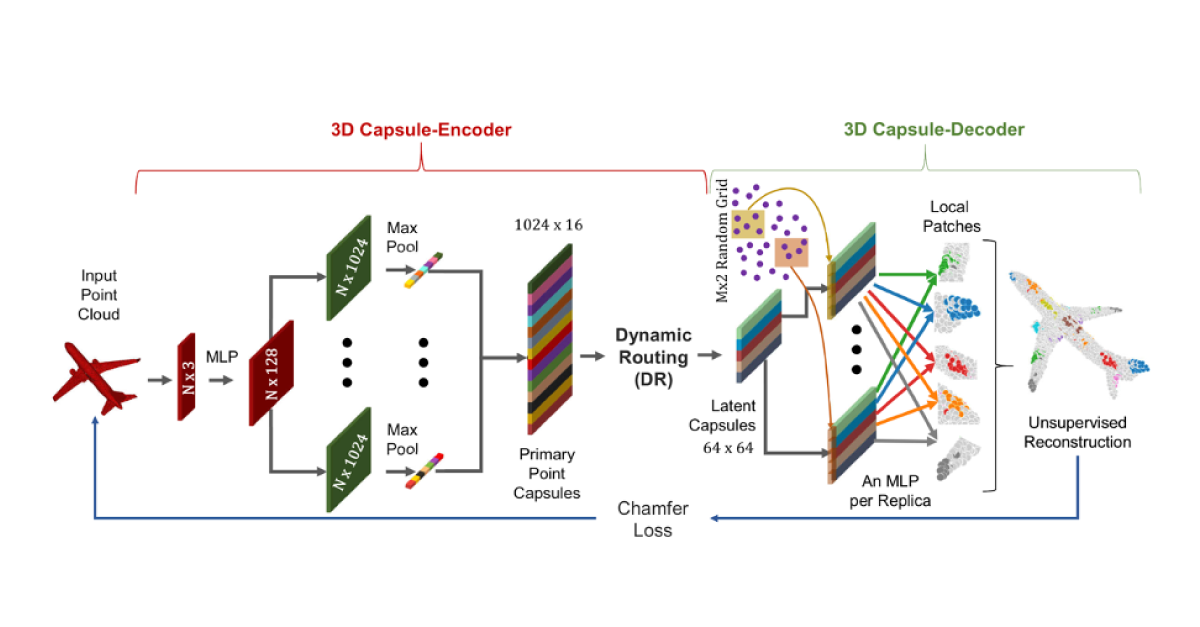 Generative models could be used as a base approach to tackle not only the 3D reconstruction task, but also the derivative ones, such as classification, for example. For the moment, both methods are implemented in combination with the PointNet architecture and the other tricks to get max performance.

In their work Learning Representations and Generative Models for 3D Point Clouds, P. Achlioptas et al. showed that GAN can learn a compact representation of the raw point cloud. This representation then can be used for classification, completion, generation, and other tasks.

Another way of applying GANs is to use them for point cloud upsampling. In the paper PU-GAN: a Point Cloud Upsampling Adversarial Network by R. Li et al., a new architecture was presented. This network fills tiny holes in point cloud data and even fixes the position of noisy points. 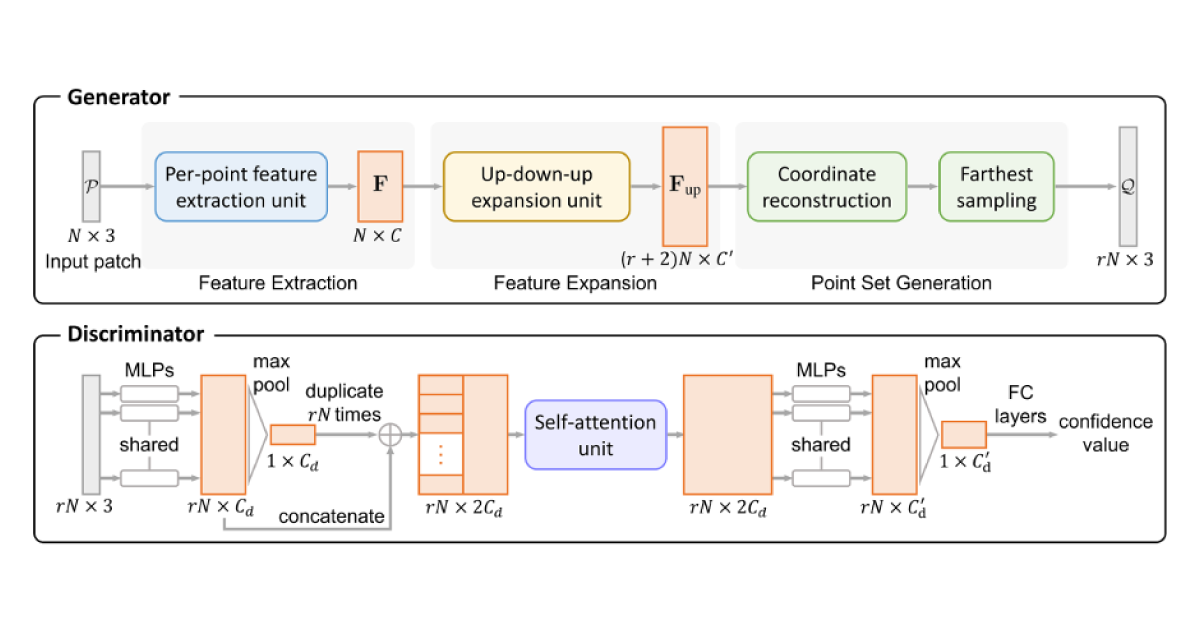 We have reviewed different neural network architectures for point clouds. So far, there is no common vision on point cloud processing, as various approaches with both pros and cons arise. Our future work will be focused on reviewing algorithms for point clouds registration and benchmarking. Stay tuned for more!