The TegBand Project demonstrates how to harvest ambient thermal energy.

The level of harvested energy is sufficient to power MCU, digital sensor, and LED; to measure environment conditions; to communicate with smartphones; and to provide the user with visual feedback.

This project proves battery-free applications that do not require charging of the main battery itself or its replacement.

The project hardware prototype was implemented in the form-factor of a hand-band, which uses the temperature difference between the human body and the surrounding environment to generate electricity. The system consists of two parts: a TEG module and a PCB board with plastic fixture. The TEG module acts as the energy source when there is a temperature difference between the top and the bottom sides. The generated voltage and current depend on actual working conditions. (For example: 50mV from the human hand, when environment temperature is 21˚ C.) Laird for pow er harvesting from human skin was used. The figure bellow shows the first tests: 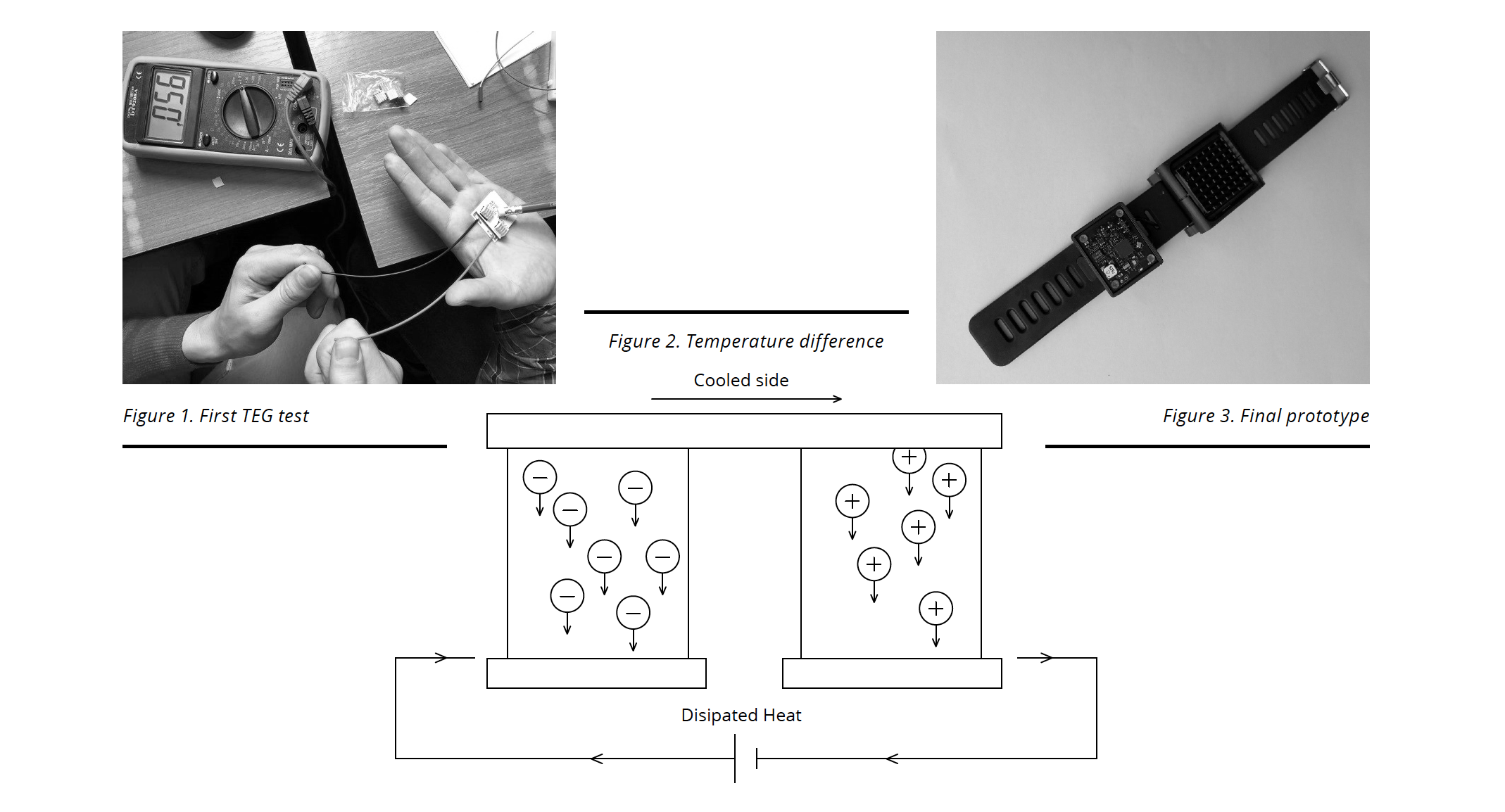 The other important parameter is the MCU frequency. The processor datasheet identifies: 2.1mA @ CPU = 3MHz, and 13.4mA @ CPU = 48 MHz. One of the first steps is to decrease CPU speed to minimize power consumption. Two other considerations were critical in this design:

The Android application was developed to graphically represent the sensor’s data. The application continuously scans for Bluetooth advertising packets and when the packet from TegBand is received, the charts get updated with the new values (humidity and temperature). The red background circles blink when new data is acquired, highlighting a new event.

The development of the ultra-low-power MCUs and low-energy communication has brought the possibility of creating battery-free wireless sensor nodes, which are becoming ubiquitous. The built prototype uses thermal energy-harvesting for continuous work in beaconing mode (one-way data-sending). Involved techniques allow for building battery-free devices from wearable electronics to industrial systems, with no need to replace, recharge, or maintain battery. Future work should be focusing on much more complicated tasks, such as bi-directional communication between the devices to create highly reliable unmaintained mesh networks.