DevOps: Strategies from a Fighter Pilot

Economists coined the term “creative destruction” to describe the never-ending process of change, which—in regard to markets, people, and technology—is the only constant. Following the 1st industrial revolution, the speed of change increased and has never slowed down. For example, the average corporate tenure in the Fortune 500 list dropped from 33 years in 1964 to 24 years in 2016 and is forecasted to decrease by half to 12 years by 2027.

Accelerating this process are startups that disrupt industries by inventing new business models that deliver improved value to customer with greater experience, efficiency, and agility. Consequently, the future for laggard companies is grim.

Business leaders must change legacy paradigms to survive and thrive in the new economy that is volatile, unpredictable, complex, and ambiguous.

But despite the disruptive uncertainty that stems from an ever-changing marketplace, there is a long-standing vocation that thrives in this type of environment: military. Why? Because the military is built for warfare and provides valuable strategies for today’s constant battle for corporate efficiency, profitability, and security.

One military strategist in particular worth considering is John Boyd.

Colonel John Boyd was a Korean War United States Air Force (USAF) fighter pilot who flew F-86 Sabers against Soviet-made Mig-15s in the first ever jet vs jet aerial warfare. The F-86 jets were not as agile or powerful as their Mig-15 counterparts but were more stable and were better equipped for targeting at high-speeds. These dogfight experiences equipped John Boyd with great insights, and experience-driven theories.

He returned from war to train other pilots as the academic head and combat tactics author for the USAF Weapons School. He also inspired the Lightweight Fighter Program (LWF) that led to the production of the more powerful and agile F-16 Falcon and F-18 Hornet aircraft still in use by global military powers today.

Later in his career, Boyd became a US Pentagon consultant and a thought leader for conflict strategies that are applicable in both wartime and business. To this day, his theories are highly influential in military, business, sports, and legal litigation. Among other monikers, John Boyd was known as “Genghis John” for how he passionately communicated his convictions.

John Boyd also authored the concept of the Observe-Orient-Decide-Act (OODA) loop. Despite a popular misconception, the OODA loop is not about rapidly cycling through sequential phases to out-maneuver opponents with more decisions. The true power of OODA lies in embracing uncertainty and disorder to improve agility and empower initiative.

The "loop" that Boyd authored is depicted like this:

Simultaneously with the Orient phase, companies must continuously optimize standard operations. This is expressed by the "Implicit guidance and control" link between "Orient" and "Act" phases. It also includes maintaining optimal awareness on unfolding circumstances, outside information (data), and unfolding environmental interactions—all of which contribute to intelligent observations.

The orienting phase is central and encompasses multiple smaller nested activities, such as analysis, synthesis, and reflection on previous experience. In this step, the company gains an accurate view of the situation at hand. In a business context, this means deeply understanding customers, markets, competitors, and technology.

Boyd emphasized that situational awareness should be implicit, common, and all-inclusive. From executives down to line workers, all should share the same vision. As a result, the company is better positioned to identify and exploit opportunities while establishing competitive differentiation.

When the Orient phase yields new opportunity, the "Decide"-"Act" process is initiated. A hypothesis is formulated (Decide phase), and is tested against reality (Act phase). In a business context, this means understanding consumer demand and delighting customers with offerings and experiences. If the experiment is successful and customers are indeed delighted, the brand adopts, optimizes, and scales this new way of serving customers. Even if not successful, the company still benefits by updating its orientation against the real world.

If the OODA process sounds familiar, it should. One can easily correlate the Orient, Decide, and Act cycles to the Build-Measure-Learn from Lean Startup cycle.

Boyd emphasized that—while detrimental in certain instances—speed of execution is vital in decisive moments. Issuing explicit executive orders at a decisive moment causes frictions and takes time. This is why implicit understanding and a common, corporate-wide vision are imperatives. Adherence ensures that executive orders are proactively communicated so that stakeholders are entrusted to execute based on training and judgment.

Boyd left little practical advice on how one should implement his OODA framework within a modern company. While the tenets of Boyd’s strategies remain perpetually relevant, his theories were formulated decades ago, and much has changed in the way business is done.

Today, all of the activities promoted by Boyd are enabled by (and executed through) computer systems. Companies observe the world via data streams. Orientation can be done with the help of voluminous data, metrics, data analytics, and machine learning algorithms. Decision makers are now supported by predictive analytics. Constant optimization is done via prescriptive analysis. Even the common vision can be facilitated by data sharing.

Yet most companies fail to optimally use the information in hand.

Brands adopt traditional approaches to IT in order to reach "alignment" with business strategies—but these change perpetually, and legacy IT cannot keep pace with the speed of digital demand. Corporate-wide understanding and shared implicit vision is virtually nonexistent, and hierarchies leave little room for mutual trust between departments.

Information systems, that could yield valuable information to the Orient phase are often fragmented and limited to functional silos. Data collected in data warehouses are mostly descriptive in nature and often contradictory. Continuous improvement in systems and services is not feasible because of the separation of development and operational teams. This disconnect also stands in the way of continuous, incremental releases while breaking feedback loops. 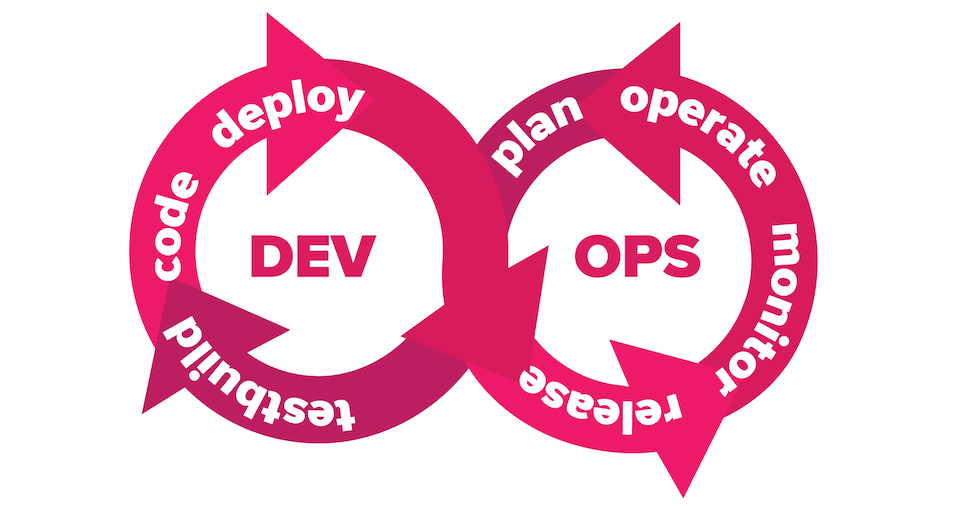 In 2009 Flickr employees delivered a presentation about Dev and Ops cooperation, that fostered fundamental changes in ways companies build and operate their computer systems. The movement was named "DevOps" and this year it celebrates its 10th anniversary.

John Boyd should also be celebrated for his fundamental concepts that likely influenced the DevOps movement. DevOps is built on 3 pillars: culture, process, and technology. Boyd's priorities were surprisingly similar: people, ideas, and hardware—in that order.

There are many components of the modern DevOps movement that were clearly shaped by Boyd’s influences, including:

DevOps breaks silos between IT departments, primary development, operations, and IT project management. This creates and fosters a sense of trust, experimentation, and cooperation between individuals. One can directly relate this to Boyd's concepts of "Fingerspitzengefuhl" and "Einheit".

The process of continuous delivery

Through DevOps, companies evaluate where to re-envision and optimize processes. The focus is placed on delivering value—not blindly following a designated IT framework. Risk reduction is also achieved by delivering smaller batches, automated testing, and reducing the potential for human error. All of which is related to Boyd’s concepts of "Schwerpunkt" and "Auftragstaktik".

Automating and reducing manual efforts in the deployment process is a cornerstone of DevOps because it frees internal talent to focus on value-adding activities. Examples include: optimizing diversity in tools and platforms, investing in specialized tools, automatic infrastructure provisioning, and automatic testing. As a result, the speed of deployment, and predictable results are achieved. This pillar of DevOps can be directly related to "Implicit guidance and control" and speed of execution evangelized by Boyd.

DevOps adoption is accelerating, and leading organizations are already reaping it rewards. There is no better time to leverage DevOps, and no time to waste. Without continuous delivery companies cannot respond swiftly to customer demand and lagging companies are at a disadvantage against more agile competitors. Manual deployments are error-prone and often fail at the worst possible times. Continuous improvements of existing customer services are much harder to execute without DevOps.

According to Boyd, a company is never "done" with the OODA loop while perpetually orienting and optimizing. It is an ongoing fight for relevance and one that requires strategies and tactics that are battle tested. SoftServe shares the same opinion regarding digital transformation: it's not a one-off, it's about the journey.

Think big and start small. Speak with our DevOps experts who have been on the frontlines since the beginning. Contact SoftServe today.