As an early adopter, SoftServe departments began using Microsoft Teams for communication and collaboration. After discovering the capabilities and potential for using Teams, users fully understood the solution as enterprise-ready, especially when compared to Skype for Business. Additionally, cloud infrastructure and functionality enabled productive team collaboration, an early requirement for team cohesion and innovation.

Building JIRA and Microsoft Teams integration started as a step into the unknown. The available APIs were at an early stage, and dev documentation was minimal. Despite these obstacles, the market interest for Microsoft Teams was too high to ignore the opportunity.

The first integration built was Jira Cloud for Microsoft Teams, which became prevalent among Teams and Jira Cloud users. Initial reports stated that users were happy with the rich functionality and dual communication provided. After the success of the release, the SoftServe team continued to build cloud integrations and released additional solution integrations, including Confluence and Bitbucket.

Following the voice of the market

Microsoft Teams continued to grow exponentially with new users voicing additional requests to bring the functionality built for Jira Cloud into the Jira Server. A hybrid integration between cloud and on-premise infrastructure was needed to respond to the influx of requests. Examples of user requests include:

What is the status of Jira Server Integration? I don't see anything, but Jira Cloud available for Team apps.

Can you share any updates on progress with the JIRA Server Connector allowing the creation of JIRA tickets within MS Teams as JIRA Cloud Connector allows today?

And the challenge was accepted but not without a few difficulties arising. The most significant barriers included:

Unpredictability in on-prem environments was very high. After significant brainstorming, team members uncovered ideas to reduce the unpredictability. Due to the experience and dedication of team members, the majority of critical cases were covered and prioritized in scope accordingly. The team built the minimal viable product (MVP), releasing the solution within a few weeks. 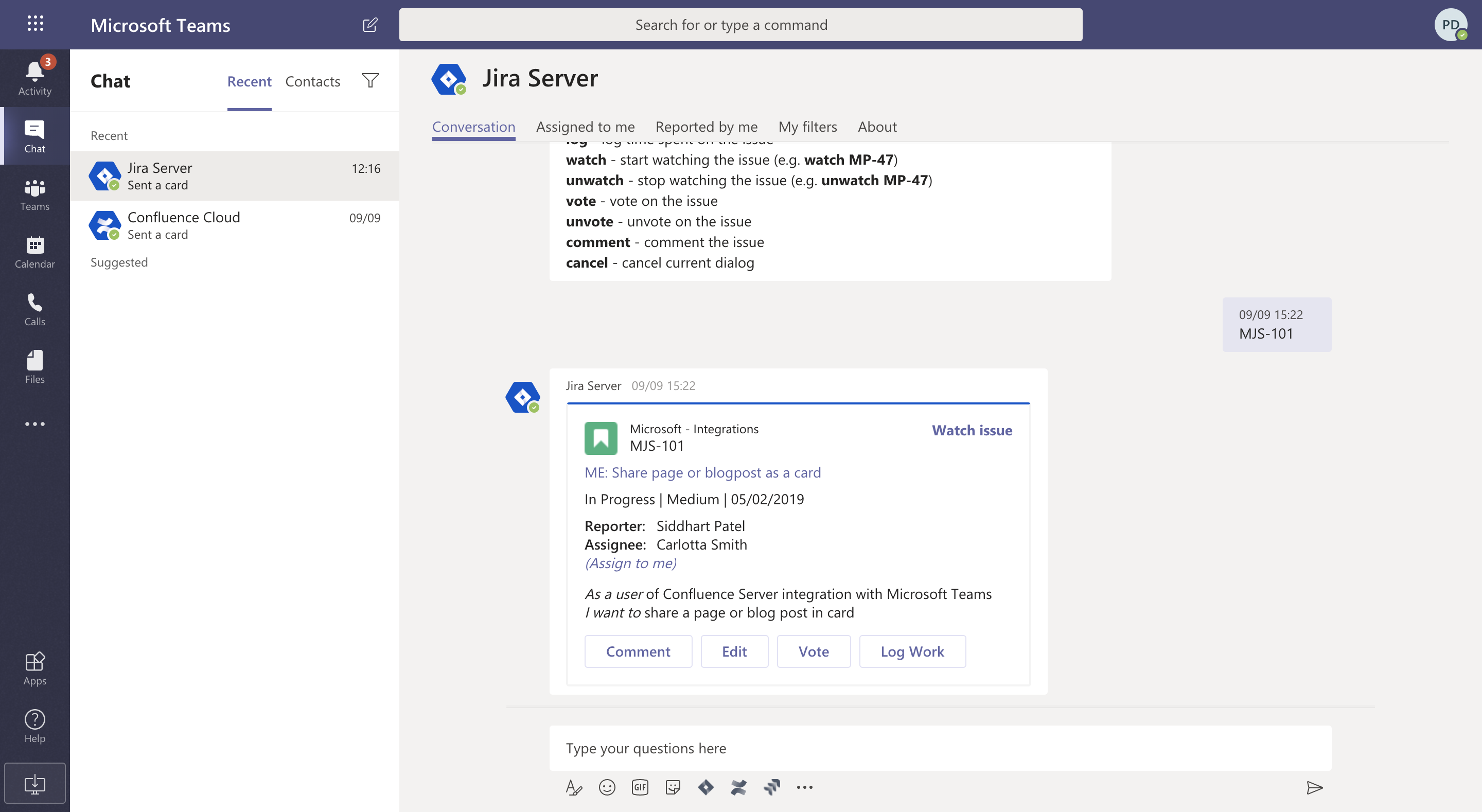 As with any new release, the SoftServe Support Team encountered several challenges as custom configuration for every Jira Server instance can be impossible to predict potential outcomes fully. In addition to addressing challenges, the majority of users reported satisfaction from the ‘out-of-the-box’ functionality.

Today’s businesses demand more productive collaboration tools, and, as a result, shifting to Microsoft Teams and Slack are increasingly realistic options for businesses in this field. The development of hybrid integrations is an increasingly valuable table stake that has the potential to unlock new value streams for companies looking to innovate. SoftServe believes that optimizing modern business processes and creating competitive offerings are the outcomes delivered to clients through the integration of products and apps.

Existing market demand and our multi-year experience in the field of integrating products have proven SoftServe professionals as trusted partners for many enterprise companies. We are committed to improving existing integrations as well as accept new challenges.