Continuous Integration (CI) is a development practice that requires developers to integrate code into a shared repository several times a day. Each check-in is then verified by an automated build, allowing teams to detect problems early.

By integrating regularly, teams can detect errors quickly, and locate them more easily. 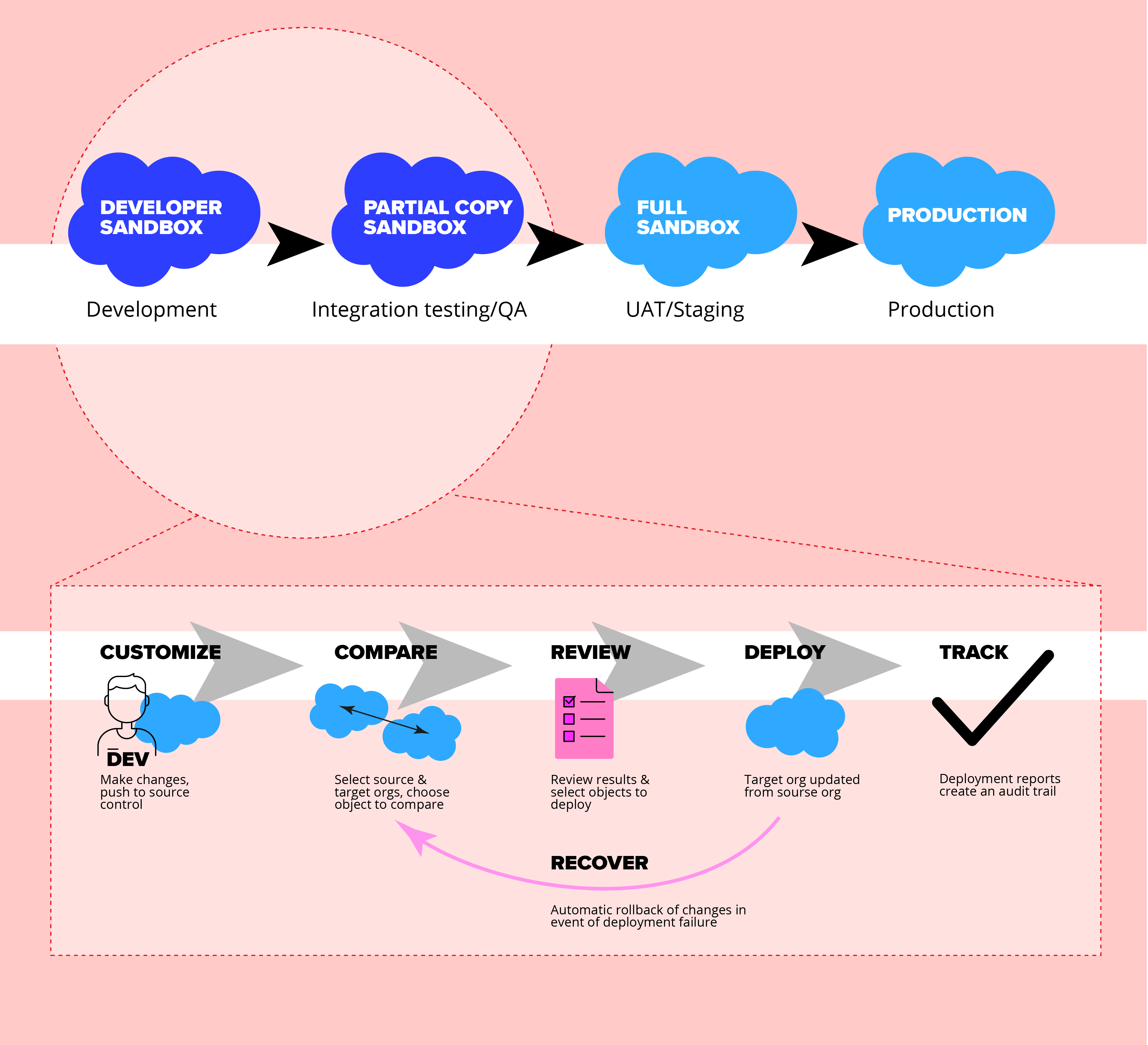 This process is based on deploy using change sets and it defines org as source of true with the following disadvantages to consider:

In 2017, Salesforce DX was released, providing a new model: source-driven development. Everything is driven from source code, environments are easily created and disposable, and development is organized around team collaboration.

Based on Salesforce DX, Jenkins, and PMD, SoftServe built a re-usable CI solution. Now the workflow looks like this: 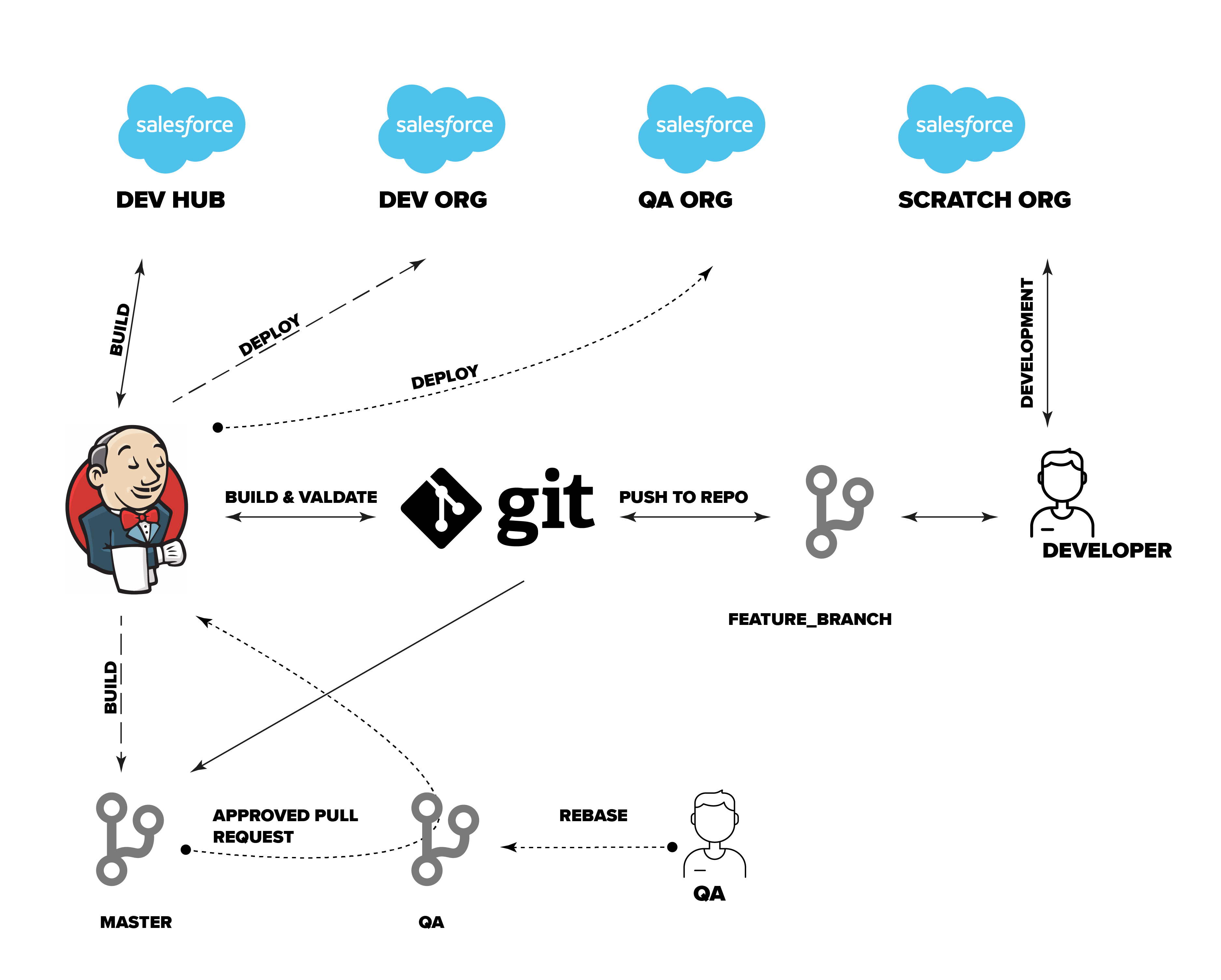 The developer creates “feature branch”, creates “Scratch org” and pushes code to it. Now there is an isolated environment to accomplish what is needed. When the work is done, the developer creates a “Pull Request” where code is reviewed and merged to the master branch.

After changes are transferred to master, Jenkins detects it and deploys to org (sandbox) that we call “dev org” to be reviewed and tested by other developers.

To push the latest changes to QA org, the team only needs to make a rebase (or cherry pick) and Jenkins will deploy it.

As an additional enhancement to the build process, SoftServe included a static code analyzer called “PMD” in tandem with “Warning next generation” Jenkins plugin. As a result, each commit is analyzed and provides analytics about code quality:

Examples of rules that PMD checks:

Even good SFDX has limitations and disadvantages. Some are listed in official Salesforce documentation, but some are hidden. These include:

While not perfect, our Salesforce CI has strong advantages over a classic “Change set” deployment procedure but each Salesforce project must take small steps into source-driven development and CI/CD solution. Contact SoftServe today to learn more about our Salesforce CI solutions.