The Mohamed Bin Zayed International Robotics Challenge (MBZIRC) is a biennial international robotics competition organized by Khalifa University. This year’s competition took place at the Abu Dhabi National Exhibition Center with 32 teams, representing 19 countries, shortlisted out of 134 teams in total from around the globe. 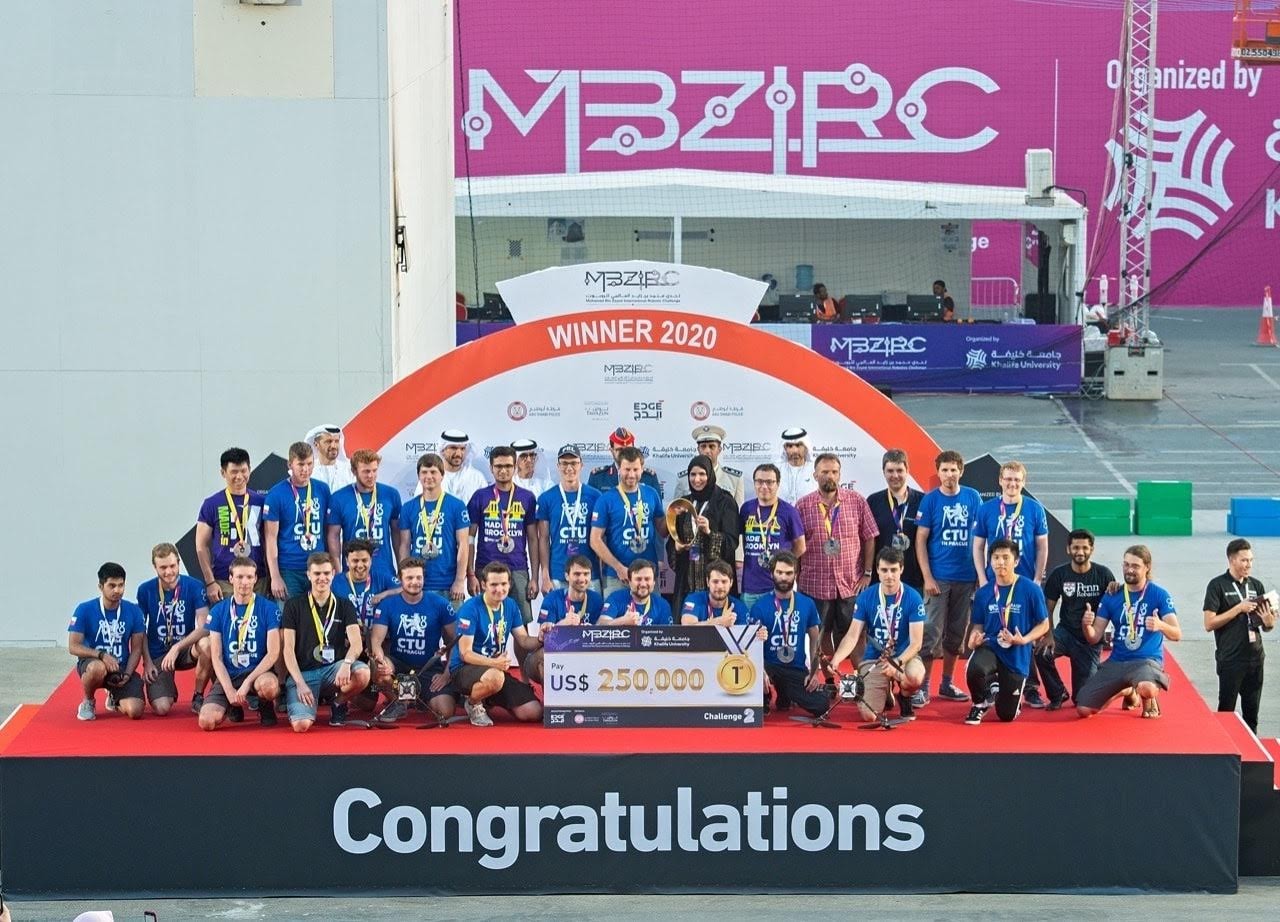 MBZIRC consists of a series of challenges aimed at pushing technological and application boundaries in robotics including:

Participating teams used autonomous aerial and ground robots to perform a range of tasks during the competition. While some teams received penalties for manual robot operation or oversized drone usage, teams that had a strong expertise in autonomous control had the biggest advantage in the challenge.

A few teams, CTU-UPENN-NYU and SoftServe team in particular, had fully autonomous robots, both UAVs and UGVs. 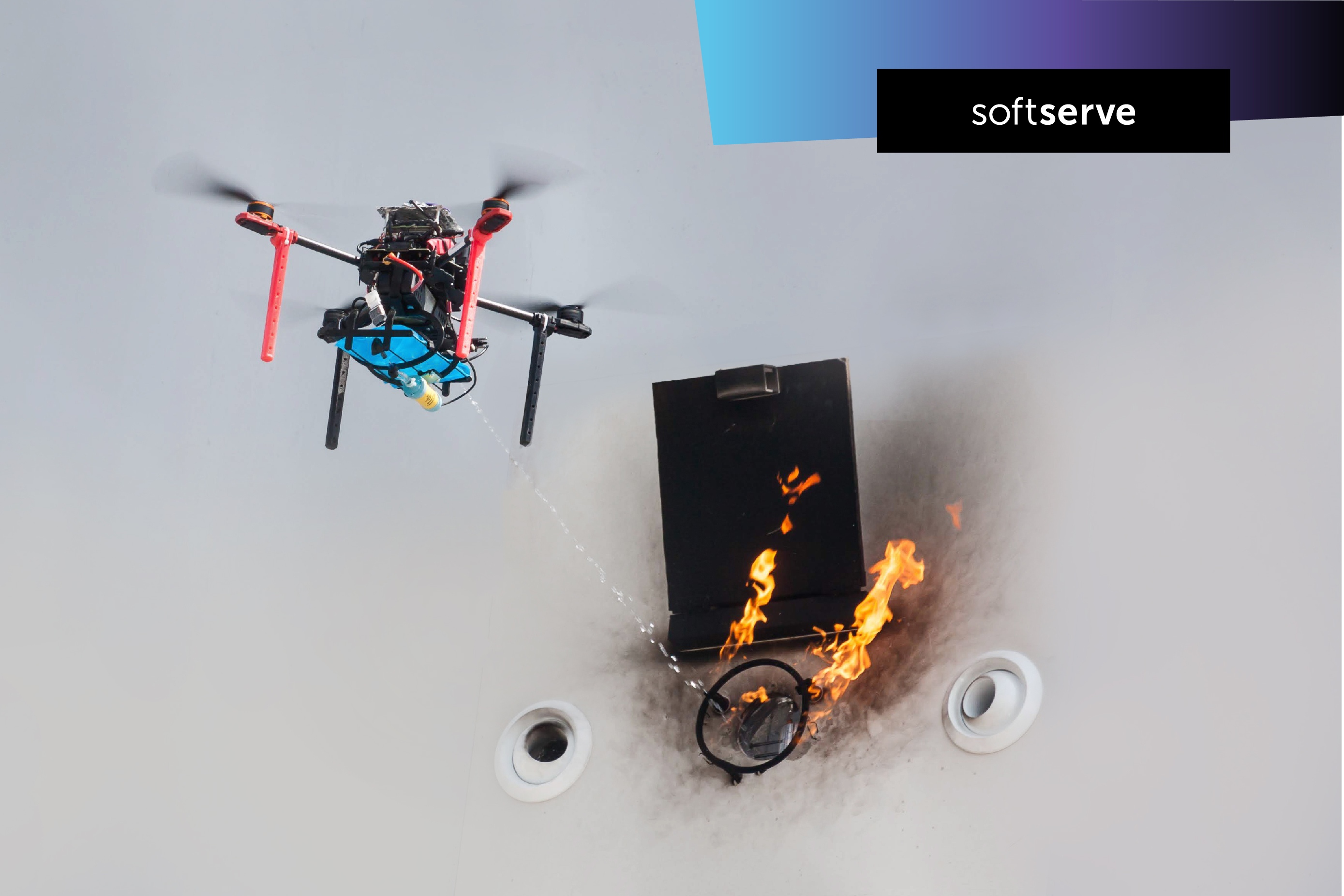 When preparing for the challenges, our team implemented many candidate solutions, the final testing of which was held days before the event. It had shown which implementation for particular tasks would need to be included in the final software and hardware solution to win the competition.

As a result, for the object detection challenge (Challenge 1), a decision was made to use the 3D LIDAR Oyster (high-resolution LIDAR sensors for long-, mid-, and short-range applications) with neural networks. LIDAR was used to detect objects (a ball that had to be intercepted) and a neural network to validate the result. Therefore, this gave our team the advantage of seeing objects much further away—compared with only neural networks and classic computer vision usage.

Additionally, SoftServe’s team implemented an approach for fire center detection that gave a chance to douse a fire more precisely and earn the higher score in the fire challenge.

What was literally impossible ten years ago is proven reality today. We’re confident that the passion SoftServe team and other participants of MBZIRC invested in these technologies will bring autonomously operated drones and robots into daily life in the very near future.

The showcased challenges are not only about the technological and scientific development—these are also about boosting the real-life industrial use cases.

Let’s take the Notre-Dame de Paris architectural tragedy as an example. Not only was it hard for firefighters to douse the flames on the roof, but also to adequately estimate the fire growth stages in real time. Fire-proof drones, equipped with thermal cameras, can detect fire spreading across the building, expedite finding and rescuing people trapped in buildings, and get the most out of the real-time tracking of the situation. Drones can also support a quick post-fire and disaster assessment.

In case of the territory-wide open-air fires, similar to recent bushfires in Australia, drones can quickly analyze huge areas in a matter of hours rather than days, helping make more accurate and quicker decisions.

Another big real-world issue is managing safety around airports. Drones can efficiently patrol airports and similar restricted open-air facilities to effectively detect and prevent from drones and human intrusions.

To solve these significant challenges, SoftServe and other participants of MBZIRC have allocated an enormous amount of time and involved the best engineering minds to make sure the devised solution is highly effective, error-free, and ready to be used in any critical situation. 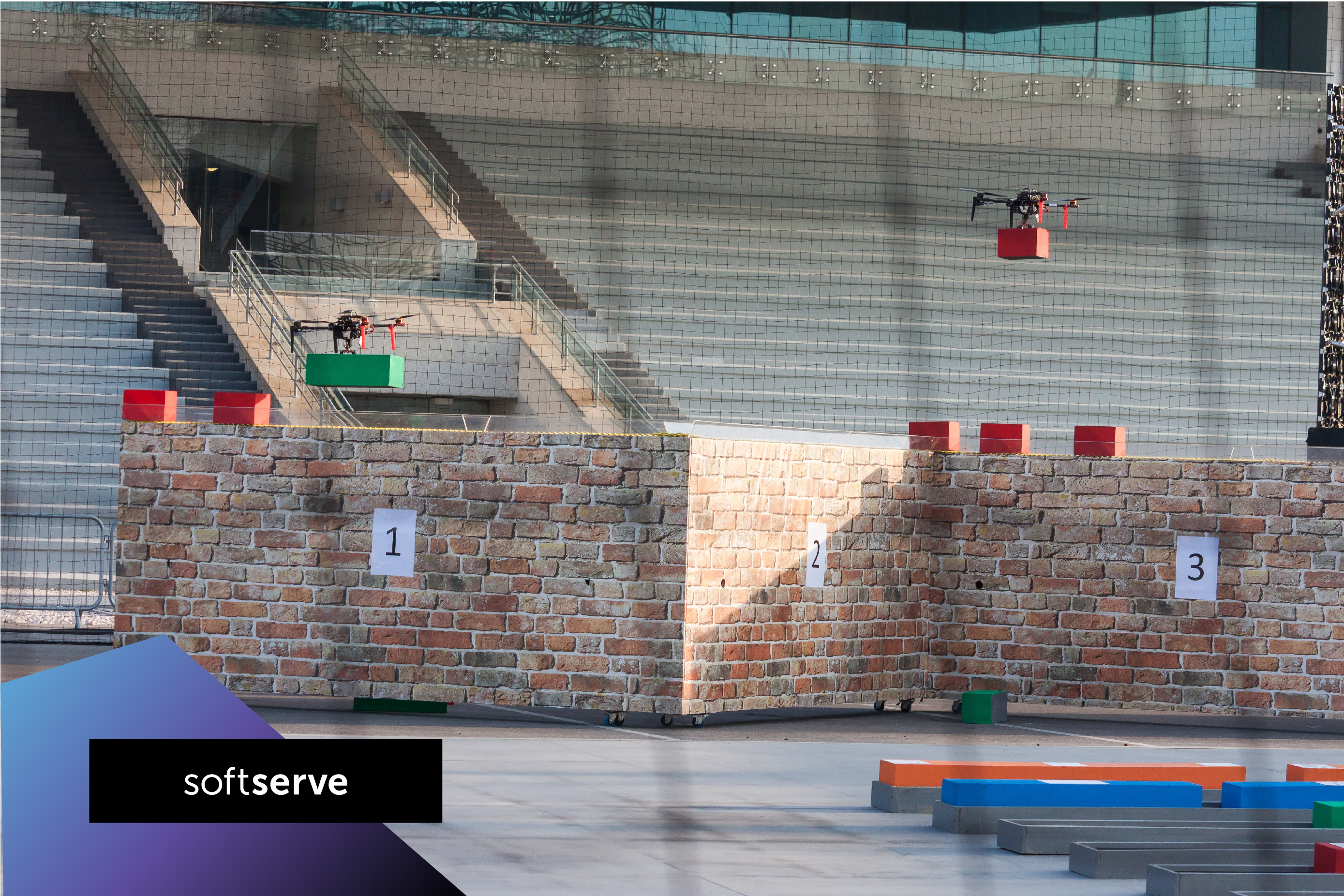 Congratulations to all finalists on an amazing competition, and we look forward to showing SoftServe’s and CTU-UPENN-NYU team continued robotics advancements in 2022!

To learn more about the immediately relevant, beneficial, and proven applications of robotics and autonomous drones for enterprises, contact SoftServe today.